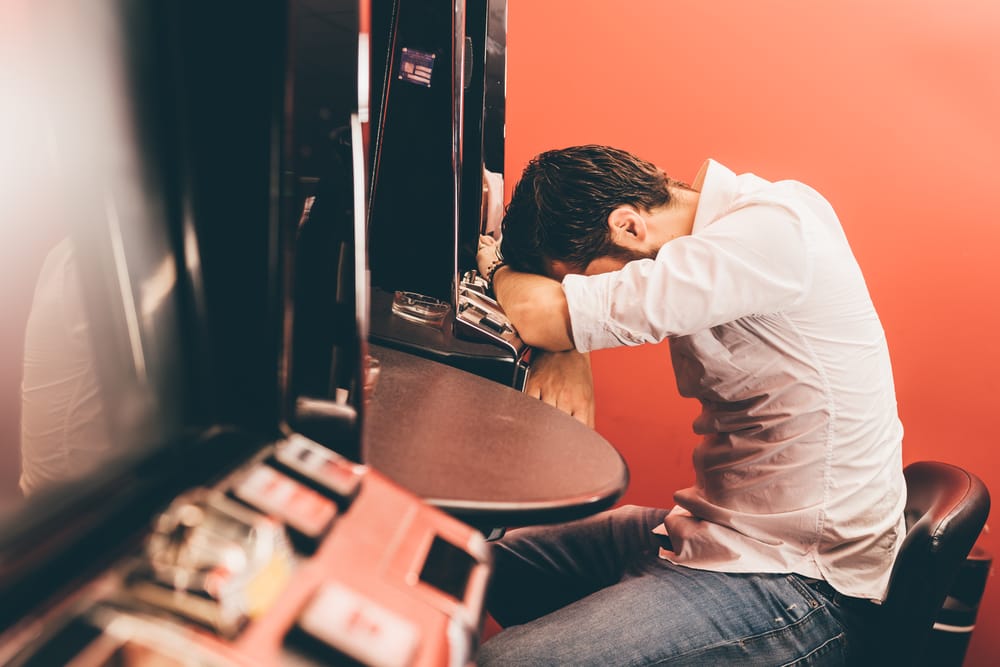 Gambling addictions do not create the same level of chemical dependence that are seen in substance addictions, but the withdrawal effects that compulsive gamblers experience when they are unable to indulge in their chosen gambling activities can be debilitating and disruptive to the gambler’s life. As with individuals who are addicted to alcohol or drugs, compulsive gamblers share common traits, the chief of which is an ability to deceive and to tell lies to both themselves and the people around them. Below are some common lies gamblers tell that show they need gamblers rehab.

“I don’t have a gambling problem.”

Denial is a common thread that runs through all addictions. Alcoholics, drug addicts, and compulsive gamblers are often the last to admit that they have a problem, even when that problem is glaringly obvious to everyone else. In fact, anyone with a gambling problem needs gamblers rehab.

“I can stop gambling whenever I want.”

Gamblers like to believe that they are in control of their actions and decisions. They view their gambling as a choice that they make, rather than a compulsion that they need to satisfy.

“My gambling does not hurt anyone.”

Gamblers often partake in their gambling activities on their own and with no close company. They feel that because they are the sole participants in the activity then they are not taking anything away from anybody else. The reality is that compulsive gamblers use funds that should be budgeted for basic needs including food and shelter. A compulsive gambler’s family will suffer extensively when the gambler is unable to provide for their basic needs.

“I did not gamble today.”

When confronted with demands to explain where they were, compulsive gamblers will simply deny that they were gambling. This is a self-protective mechanism that allows a gambler to avoid conflict with family and friends. Over time, gamblers will go to great lengths to deny their actions and to make excuses for where they were.

“I am able to control my gambling.”

This is an extension of a compulsive gambler’s belief that he can stop whenever he wants to. A gambler might rationalize this lie, for example, by pointing to the fact that he can leave a casino after an hour or two of gambling. The reality is that he usually cannot keep himself from going to the casino in the first instance.

“I don’t gamble with family savings.”

Even a bad gambler will get lucky on occasion, and when that happens he can deposit his winnings into a savings account and later tell himself that he is only using the winning for continued gambling. Alternately, a gambler will assume that losses are temporary and that subsequent winning will replace money that is temporarily “borrowed” from savings

“Let me tell you what happened…”

As a gambler’s addiction gets more severe, he will fabricate tales and elaborate stories about where he spend money or savings. He often has no evidence to justify these stories and hopes that the people he tells them to will simply believe him without further proof.

“My friend was in trouble and needed money.”

This is a common compulsive gambler’s lie and a more specific story that gamblers typically use to explain where they spent their money.

This lie often comes at the end of a long string of compulsive gambling lies, when the gambler has run out of other explanations. He will acknowledge his activity and admit that he needs help, but apart from giving assurances that all is good, he will continue to pursue his gambling addiction.

This is the flip side of the ‘you can trust me’ lie. A gambler might actually believe this statement when he makes it, but the draw of a casino will be too great for him to keep his promise.

Get Help for Lies Gamblers Tell From a Gamblers Rehab

If you or a member of your family are losing money as a result of a compulsive gambling problem, gamblers rehab can help.

Lies gamblers tell help them avoid admitting their problems to themselves. They also can’t defeat those problems without appropriate gamblers rehab. Call the Last Resort Recovery Center near Austin, Texas for information about our addiction treatment programs.